Cork Screw Reviews – the reviews you never asked for about movies you’ve long forgot. Reviews that may or may not contain spoilers (spoiler alert: they will) but let’s face it, you should’ve watched these by now, anyway.

Patrick, Cathy and I are back to give our take on another film! Today we’re sorta reviewing Run Lola Run. 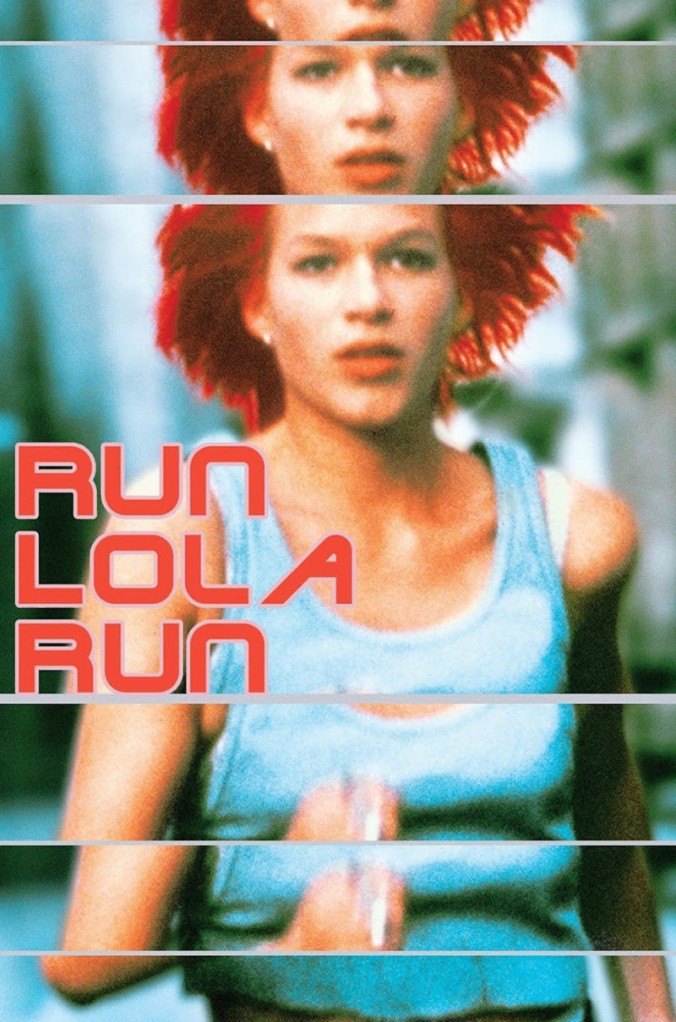 First of all, I’d like to begin by asking, does a corkscrew review actually require a cork, do twist offs count and also, keeping in mind I am on a diet of Vodka Soda, can getting my drink on with vodka based alcohol produce the same amount of insight and comedic potential that wine would. Vodka has a kind of a machismo Russian vibe, shooting a shot and banging the glass down upside down, whereas wine has more of a classy / sexy feel to it… nice glass of wine, warm fire… on the other hand.. if you’ve ever seen a “wino” or your wife slurring her words with purple teeth, that’s not so sexy, and Russians, quite frankly, seem to do really stupid things with vodka –  like playing with chainsaws whilst drinking. So I thought I’d be fair and drink both, then review the film.

First of all, I saw this film years ago and vaguely remembered it but remembered it being fun and enjoyable. While watching the second time just before writing this, I have to admit I was giddy… the cinematography is wild and ironically whoever filmed and edited this looked like they just wanted to try every trick in the book, they had aerials.. stop motion spins, a la Carrie Moss jump kick freeze and camera pan, jump cuts, low angle shots when she’s running, technically well done for a time that did not have the CGI that we have now.

Furthermore the story telling was awesome, they incorporated almost a Groundhog Day (1993) approach to the film, combined with a Sliding Doors (1998) concept, which unto themselves are great films. The alternate realities of who the main character crosses paths with and how it affects their days, almost gives us a moment of introspection to think about how turning left and turning right might change the course of our lives and subsequently those around us… a butterfly effect. The 10 second vignettes jumping forward in the lives of the people that she intersected with and how that inadvertently changes their lives is fun, almost like 10 stories also changing and morphing throughout the story and then finally weaving them all back together in a nice little package.

The main character Lola played by Franka Potente, Matt Damon’s beautiful costar from The Bourne Identity (2002), really is the complete focus and everything else is ancillary, her outrageous outfit looks like it was an inspired by Mila Jovavitch’s outfit in the Fifth Element (1997) and adds a bit of whimsy to the film and again with a bit of the outrageous Wes Anderson style of characters.

I thought this was a fun film and highly recommend!! Until next time…. hiccup. 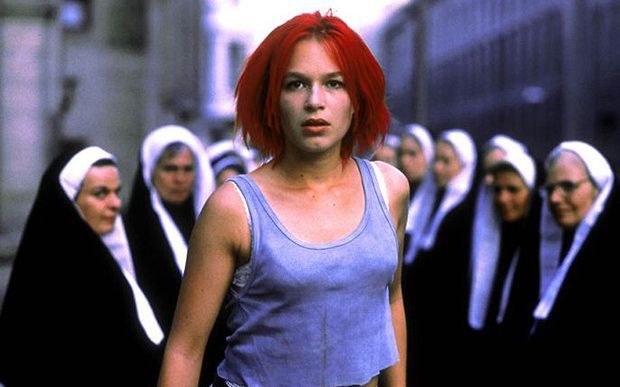 Run Lola Run (year unknown, but it looks to have been made in the late 1990’s)

The pick of the litter this week is “Run Lola Run” – a “classic film” (so I’ve heard) that I have yet to see.  After having tried an exhaustive search on my own, and even being given what sounded like legit instructions from Patrick (including embedding a subtitle file to a VLC Media Player app, in order to access the MKV file link that works for him), the video gods said “nuh uh”; there was no watching this movie for me.  Oh, and someone kindly tell me what the hell I just said about files and apps.

What DID come up for me were Google images, so my review this week will be solely based on those still shots from the film.

First, I’m guessing that Lola is the red-haired woman that appears in most of the photos, as she’s running in practically all of them.  No wonder Lola is in such good shape; she does a lot of cardio.

What is Lola running from?  Is it her insane hair stylist?  There seem to be a few shots of a hanging phone receiver; Is her stylist trying to book another appointment? I would run, too, Lola.  That cut and colour are too harsh for her pale frame. Can Lola’s personality pull this look off? Hard to say, because she has the same expression in most of the photos I’ve seen.  She just looks like she has finally seen a mirror and has not yet come to terms with what has happened to her hair. She must be running to a new salon.

I hope Lola got to her new salon appointment on time, as there are several dials and clock faces in the photos, indicating that time is of the essence.  Herbal Essence, to be exact. She knows that if she uses a cheap shampoo before her toner sets in, she can wash that stylist literally right out of her hair.

Don’t send any spoilers.  Someday, her new cut and colour will be a big reveal for me.  So excited! 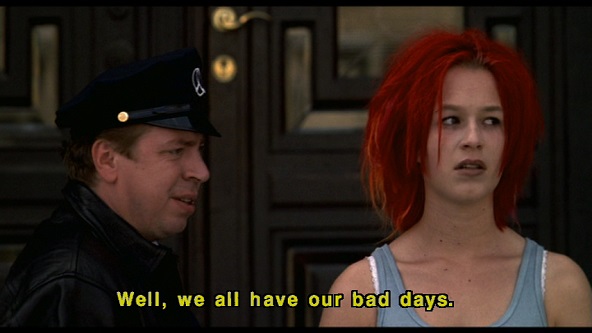 I’ve watched this film a few times but not recently. Why not recently, you ask? Because I couldn’t legally or illegally download it from anywhere! I even followed Patrick’s detailed, yet somehow still cryptic instructions as a last ditch effort but to no avail. I blame Patrick 100%, is what I’m saying.

Regardless of who is to blame (it’s Patrick), I’ve already drank my bottle of Cab so I’m going ahead with this review 100% from my fermented grape-fogged memory.

The first time I watched this film, it was in my foreign film studies class in university. I took the class because I went to school on academic scholarship and I needed to keep my grades up. It worked, which obviously means I’m super smart and I totally deserved that scholarship. But I digress…

Run Lola Run is like Groundhog Day except it’s German so it’s loud and intense. Even though it’s next to impossible to download the movie unless your name’s Patrick, you can find the soundtrack all over the place so you know I’m not making this up.

I think I remember that Lola’s boyfriend was a huge dumb ass. Also there was a lot of running. And Lola (Franka Potente) is very pretty despite her  hair.

To conclude this unfortunate review, here’s an actual picture of me trying to watch this film: 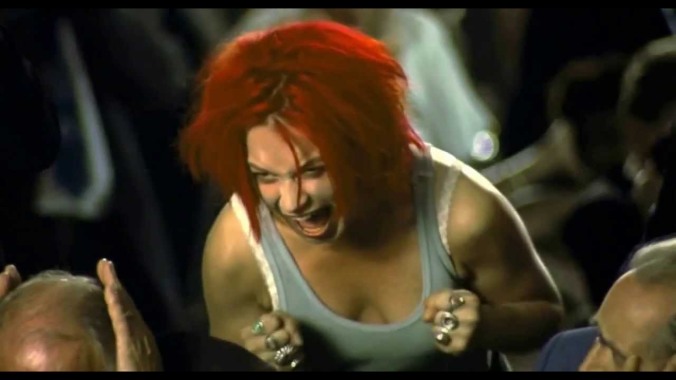 Come back next week for Corkscrew Reviews The Rundown! For realsies this time.