Black Sheep Comedy would like to take a minute to congratulate Toronto’s 2019 Sirius XM Top Comic Finalists.  Many of the people on the list are friends of our show, and the others we hope will be friends on one of our shows soon!  But the one thing they all have in common is that they are all very talented and have made us laugh.  This is not an easy thing to do, considering that for the most part, Canadian Stand Up Comics are under-paid and unrecognized for their efforts.  Sure, sometimes we get a free drink, or we get paid in fish & chips for our set (this actually happened to Darcia, and she was happy to have it!), but we typically live in a poor, and anonymous existence.

Special mention to last year’s winner, Chanty Marostica who knocked it out of the park at our show in January, and to last year’s runner up, Kyle Brownrigg, who will be headlining for us at Brunswick Bierworks on May 31st.

Being acknowledged for standing out in your field, doing what you love…. It’s a big deal.  So, congratulations to all the finalists this year:

If you want to see these stellar comedians compete for the coveted title of Sirius XM Top Comic and that $25,000 prize, here’s the show dates and locations! 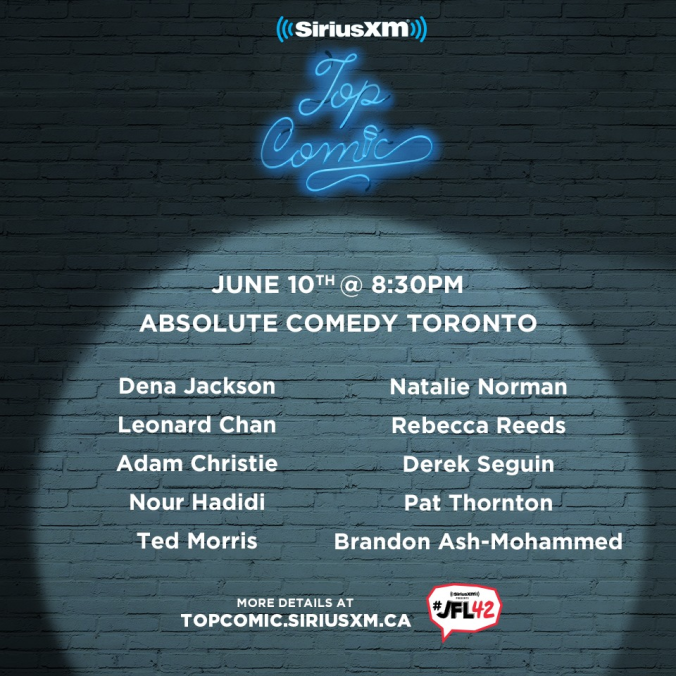 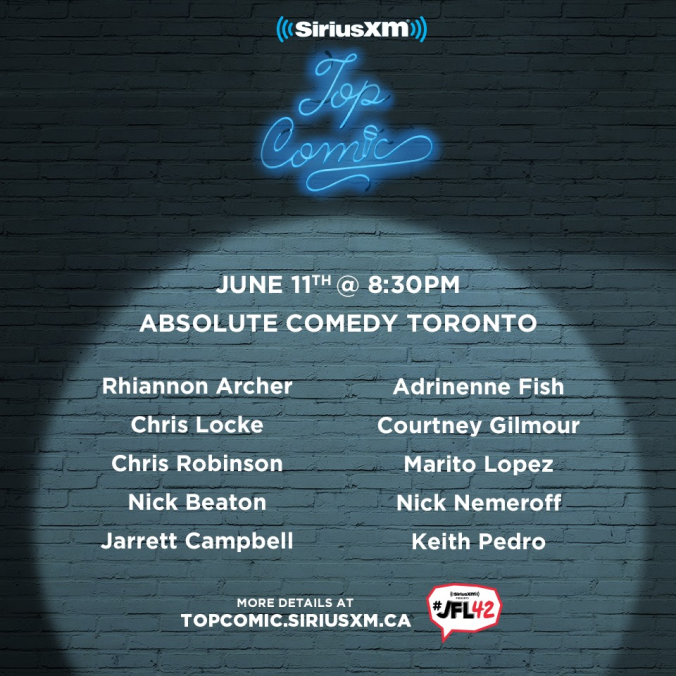 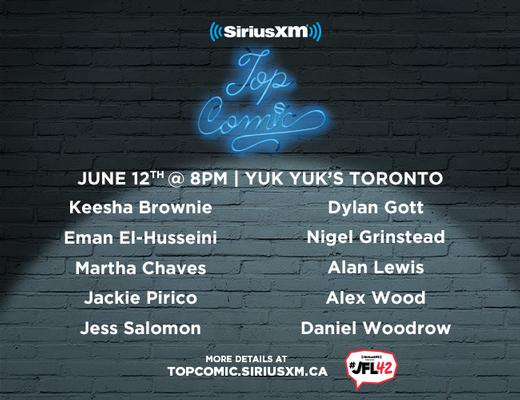