We are proud to present your incredible lineup for Black Sheep’s Stand Up @ Arch Brewing Co. in Newmarket on Dec 1st, 7pm.

***Please note there are only 2 tickets left for this event. Tickets will not be available at the door. Purchase tickets here.*** 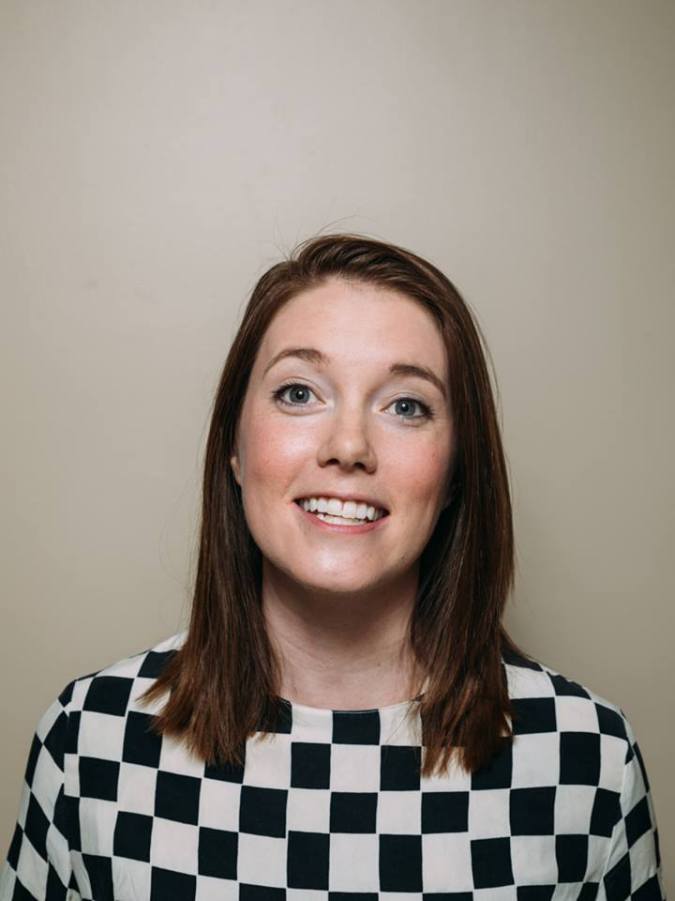 Rebecca Reeds is a stand up comedian and writer from small town Ontario. She began performing in Ottawa in 2011 and has quickly become a comedian to watch out for. She’s performed in the United Kingdom, United States, and all over Canada. She has opened for several distinguished comedians like Tom Green, Beth Stelling, Matt Braunger, and Pete Johansson.

Rebecca has appeared on SiriusXM, Fox, and CBC Comedy where her clip was viewed more than 1 million times. In addition to her appearances on radio and television, Rebecca has performed at several festivals across the country including Toronto’s JFL42, NXNE, Winnipeg Comedy Festival, SheDot, and the Cottage Country Comedy Festival. 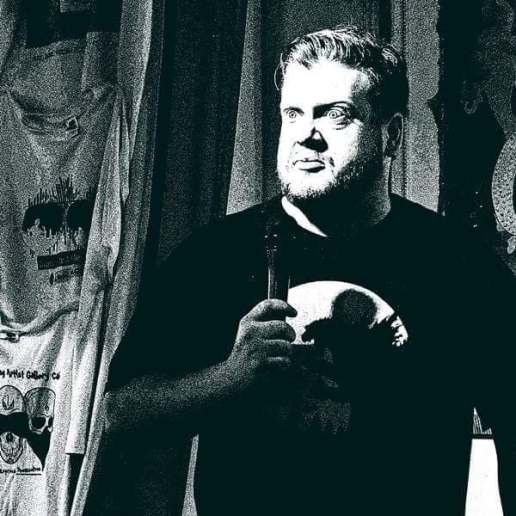 Mike Payne is a fast rising comic, born and bred in Toronto. Mike’s style has been described as “a modern take on family dynamics” or simply as “fat and loud”. Mike produces several local stand-up comedy shows including Comedy Appetizer, The Feast, Quiplash and is an active member of the Jokelab Comedy collective. Mike has appeared in The Brantford Comedy Festival and at many local and regional shows at venues including Comedy Bar, Yuk Yuks and Absolute Comedy and has opened for prominent comedians including Martha Chaves, Arthur Simeon, Sandra Battaglini and more. 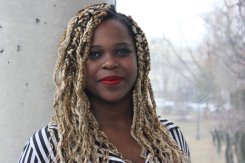 Tamara Shevon is a Toronto-based comic who started her comedic story-telling through wine-coloured glasses in Bejing, China. Since then, she has been blazing through the Toronto scene with her characteristic wit and her lovable ability to flirt with the boundaries of socially acceptable. Tamara produces and hosts the very popular Against the Collar Comedy Show. Tamara has performed stand-up all over China, Canada, and the United States and was second runner-up in the Beijing Improv Comedy Festival. More recently, Tamara has performed at NXNE and JFL42. In 2018, Tamara toured across Ontario with Shawna Edward for the Irritable & Confused Comedy Tour where she was the only black person at each stop. If this wasn’t obvious enough already, Tamara wrote this bio herself which is why she sounds so awesome.

Sarah Ashby – What do you get when you put Regina George’s mean spirit into Garth from Wayne’s World’s body? Why you get Sarah Ashby! This 4 time Roast Battle Champion has been performing all around Southern Ontario and has appeared in multiple festivals including the Brantford Comedy Festival, the 420 Comedy Festival and the United Comedy Festival. She is also the co-host and co-producer of Comedy Mixtape, a musical comedy show that runs at Comedy Bar and Shweed, a comedy weed collective. Follow her on Twitter @smashby17 or Instagram @sarahnashby 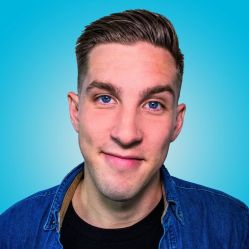 Max Sheldrick got his start in comedy in the gritty scenes of Windsor and Detroit where he then toured the tri-state area quickly becoming known as one of the top rising comics. In 2017 he moved to Toronto where he has continued to make a name for himself. He was semi-finalists in both 2017 Border City Comedy Festival and 2018 Comedy brawl, and he won Sept 2018’s GoYukYourself. He also co-created the comedy group PlusTime Comedy which produces weekly online sketches and monthly live shows with a quickly growing fan base. 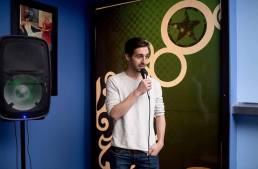 Jesse Ralph is a single, white, male comic straight outta Newmarket. Jesse has been described as the pretty boy with the potty mouth. How pretty he is can be debated… He performs at bars, pubs and clubs across the GTA, and has been a regular guest host at the Old Sod for Etobicoke’s Comedy Competition. When Jesse isn’t grinding it out on stage, you might find him enjoying a beverage or two at a sports bar.

Bret Measor has been performing for 3 years, and shows no signs of slowing down. You can see him performing on various booked shows all around Ontario. Bret has also appeared at ForgeFest 2018, and the Durhham Comedy Festival.