Black Sheep Comedy is run by two women who have survived their 20s and 30s pretty much intact. One of us has even navigated through her (gasp) 40s!  We LOVE our new venture, Black Sheep Comedy, and we LOVE getting feedback from audience members. That said, many of the women will say things that we don’t love so much. For example, during a two-minute conversation, we hear some variation of: “I wish I had the nerve… Oh no, I couldn’t… Not at my age… No one wants to hear jokes from an old lady.”
Here’s the thing. Even if we are old (which we’re totally not), a lot people DO want to hear jokes from an old lady! Our audiences do not exclusively consist of 20 somethings, and neither do our lineups. Black Sheep Comedy is built on a foundation of diversity and inclusion, including age! So, over the next month, we’re publishing a series of guest articles from women who waited to get into comedy. Please join us as they cover topics such as their personal catalyst or experiences that drove them to comedy, tips for getting started, and other helpful advice…

Finding My Side Hustle: Starting Comedy at 70 by Jane Banks

“I used to be a professor, so I’m accustomed to standing up in front of a group of people who are not listening.”

After I retired from academic life, I wanted to see if people who weren’t being graded would laugh at my jokes. A friend who ran an open mic gave me the push I needed to try it. I watched a show, there were a couple of people who really bombed, and I thought “I can do better,” so I wrote a set, performed it the next week, and just loved it.

At 70, I am much older than other comedians in New Orleans. When I started out, I worried that it would make me unwelcome, but I was wrong. The community is full of great people who support each other and make doing stand-up a real pleasure. Last night I performed at a benefit for someone who is having surgery and needs help with expenses. The love and support for him was typical of the New Orleans comedy scene and is why I feel so fortunate to be part of it.

In my sets I talk about things that you might not expect from someone my age, and I warn friends who come see me that I don’t work clean. I’m not sure why I gravitated toward blue comedy, but it feels natural to me, and at my age I’m going to say what I damned well want. I come down hard on things like dick pics, which I think are ridiculous, I give sex advice to young women in a set that I call “Don’t f**k that guy,” I talk about how bondage is just a Boy Scout merit badge on steroids, and how to prepare for a hookup in “Hovernight bag.” On the cleaner side, I have bits about craft beer drinkers, tourists, bachelorette parties, how people communicate in the South, New Orleans drivers, mansplaining (ironic, because as a professor, I’m a terrible mansplainer), sexual harassment, and what was wrong with old school feminism. I also apologize for white people’s bad behavior and bad taste (long overdue, if you ask me).

The comedy scene here is really active—much more than most cities this size. There are comedy shows (mostly free) every night of the week in every neighborhood from Metairie to the 9th ward. New Orleans has open mic comedy shows nearly every night where anyone can sign up, get up, and do their thing. If you’ve always wanted to do comedy, go to some open mics and watch them until you find yourself saying “I’m funnier than that guy,” and then go home, write a five-minute set, get up, and tell some jokes.

If you love being up there and making people laugh, then you have a new hobby. I say hobby, because there’s not a lot of money in comedy. I’ve been doing comedy for about three years, and my total earnings barely come to three figures. I’m grateful to have earned any money at all, and my career goal is to make enough to pay for my gas. Even really, really funny people can’t make a living doing comedy. For most people, it’s going to be a side hustle at best. Still—there are some folks who make a career out of it, and I admire them more than I can say. 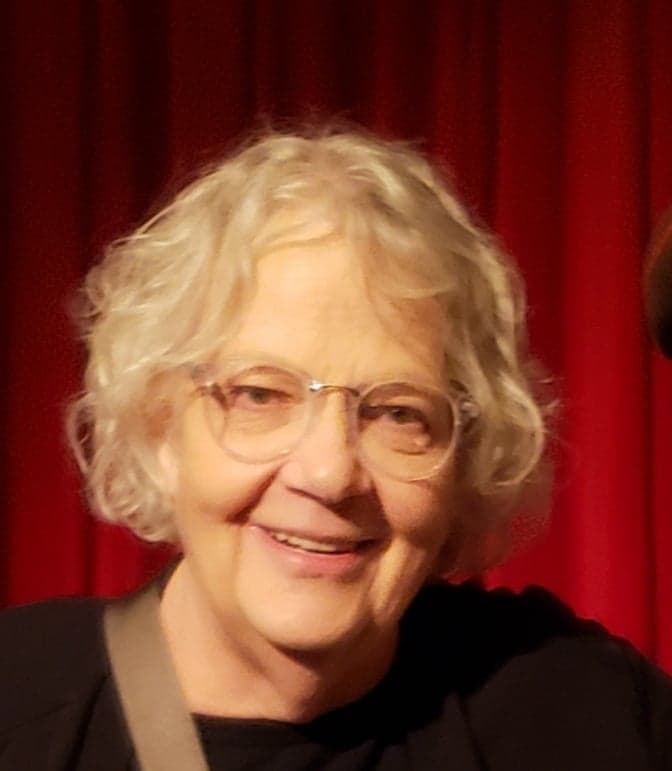 Jane Banks is a recovering academic. After she retired from being a professor, she missed bossing people around, so now she works as a book editor. Jane has been doing comedy for about three years, and enjoys hanging out with all the young misfits who make up the New Orleans comedy scene. At 70, Jane is also New Orleans’ oldest comedian, and has finally paid off her student loans.